A Brief History of The Georgian Theatre 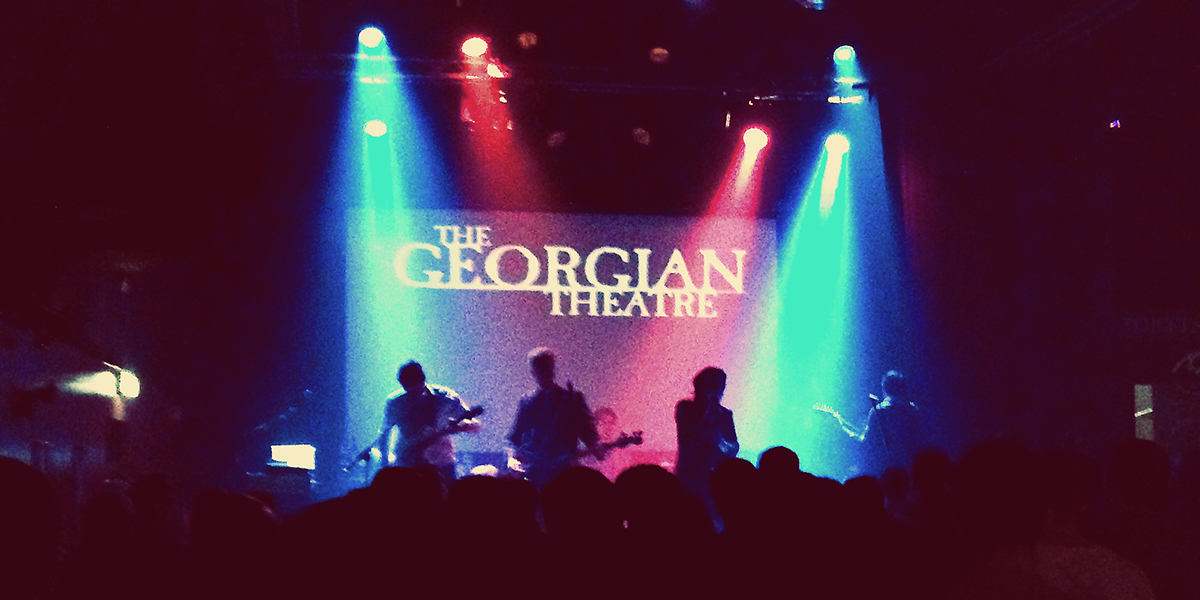 Set in the heart of Stockton-On-Tees, The Georgian Theatre is the oldest surviving Georgian theatre in the country.

In 1766, The Georgian Theatre began its life as a touring house on the northern circuit of theatres. The theatre fell into disuse and disrepair at some time during the 19th century and became a sweet factory until the late 1950s.

After a period of decline that followed, the local council acquired the property in the 1960s before a refurbishment saw it re-opened as a community building in 1980.

The building underwent a range of uses, operating more as a community centre than working venue, until 1993 when it was handed over to the Stockton Music & Arts Collective - known as Tees Music Alliance since 2006.

Before the recent refurbishment, The Georgian Theatre could accommodate 200 people standing and its unpretentious interior provided an intimate setting for live music.  In recent years some of the familiar names to have played The Georgian Theatre include the likes of The Charlatans, Arctic Monkeys, Mystery Jets, The Kooks, James Blunt, and John Cooper Clarke.

In 2015, Tees Music Alliance and Stockton-on-Tees Borough Council - with support from the Heritage Lottery Fund - announced major redevelopment plans to see the Grade II listed theatre expanded into adjacent council-owned premises.  The renovation delivered much needed bar and toilet space; increasing capacity to 300 people - critical to attracting big named artists to Stockton and securing its future as a music venue.

The 'all new' Georgian Theatre re-opened in March 2017 ready to host the next generation of events in this wonderful building; which provides a series of well laid out, comfortable spces for socialising, working and performing.

News Archive for this story...

Our plans are announced

For more information regarding future shows and events at The Georgian Theatre please see our website: teesmusicalliance.org.uk/live-events